115. Cooking the spoil from the foundations 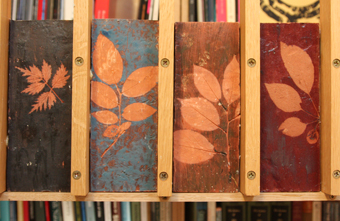 I’ve been installing tiles made from our very own clay 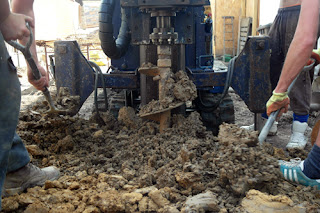 One thousand two hundred and twenty-seven days ago (in May 2014) we began piling the foundations for the house. Most of what came out of the ground was remarkably pure clay – the area is marked on Victorian maps as brick fields – so I filled some bags and stacked them at the back of the site with the intention of doing something creative with them when the house was a bit nearer completion.

Earlier this year I started experimenting with this clay at the Kiln Rooms in Peckham, a great place to discover the joys of making ceramics. I quickly discovered that the clay did indeed fire to a lovely brick red but could only be fired once. At 1200C, the temperature at which most ceramics are fired when they are being glazed, the clay melted.

Fortunately earthenware glazes are available which can be applied to the soft, unfired clay for the first firing at 1000C. But you do tend to get unpredictable results. I have made a virtue of this and created 24 tiles for our library balcony balustrade, each of which shows the effects of different clay samples, glazes and firing temperatures.

I mixed the clay 70/30 with crank, a gritty clay which helped to reduce blistering in the kiln, rolled it out, cut the tiles to size, allowing for shrinkage during firing, then used leaves from our many fruit trees and bushes as masks, over which I painted the glazes. There were a lot of losses but I got there. 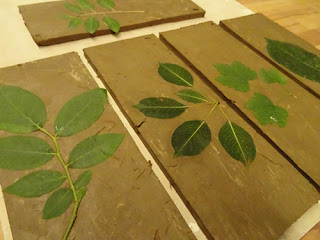 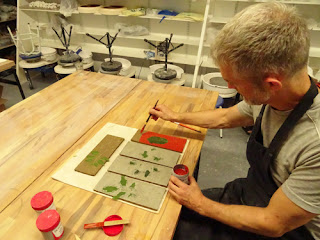 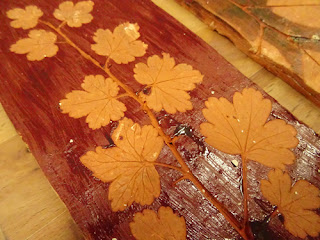 We've still got masses of clay left so I am now making a landscape of Scottish lowland hills for the sill behind our wide ground floor window seat. 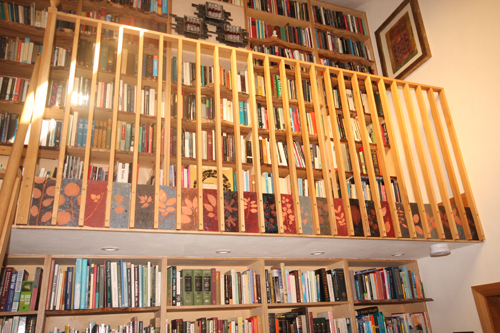