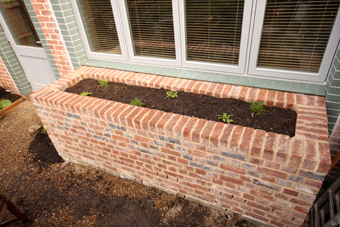 I've built a window box with our leftover bricks


Three years after we started building the house, I’ve finished weather-proofing the building.

When the brickies were here two years ago they missed a bit: the big three-metre-wide space beneath our rear window. This was because we wanted to build out here as well as up and the scaffold was in the way at the time. The scaffold disappeared long ago but this job has had to wait until now for me to summon the energy to construct a rather epic window box with our remaining Northcot bricks.
.
Bricklaying is proper graft: messy and exhausting. It’s also a serious skill and my one-week training course years ago was only just enough for this job. Anything bigger and I would have run into trouble. Keeping everything aligned in three directions at once (straight, level and plumb) is not easy. As in other areas of life, wonkiness can overcome you with ease. 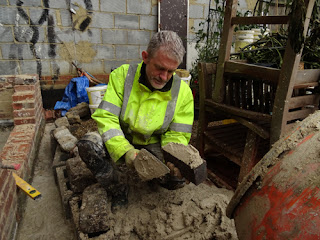 I built up the ends first and then used a string line to fill in the sides. As the wall was a full brick length thick, I could pick out a pattern with the brick headers (short ends) and stretchers (long sides) using black bricks. I planned a zig-zag but ended up with a wave as my joints were too thick and I lost a course. Never mind.


As with the main brickwork, I matched the handmade Northcot bricks with lime mortar from Mike Wye in Devon: lovely traditional muck with a lower carbon intensity than cement and much better resilience to movement. I skipped the mortar between the bricks on a course near the bottom to create weep holes, ensuring that my raised flower border does not turn into a swamp.

I filled the bed with a different kind of lovely muck (horse manure) plus topsoil and planted it up with coreopsis, echinacea, salvia and dianthus (for once, no fruit). At the other end of our little back garden, beneath the wall we built in 2013 at the very beginning of this adventure, I cut some more bricks to edge our renovated yoga lawn. 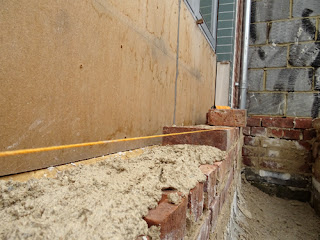 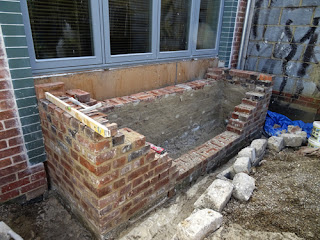 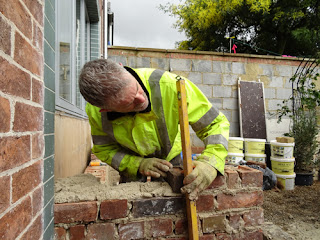 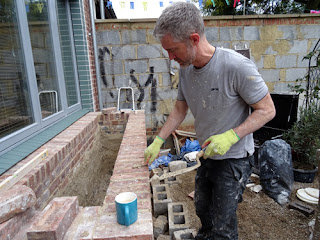 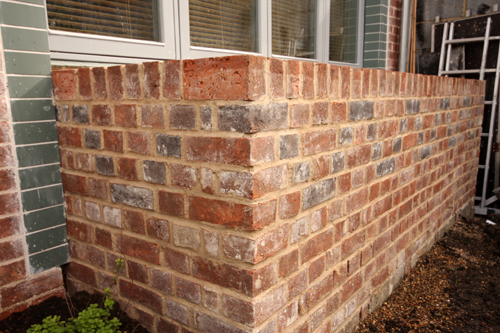 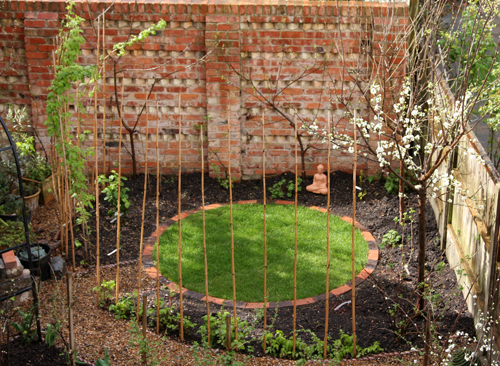