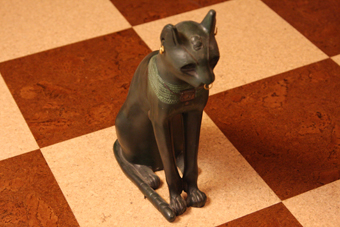 The loft is complete 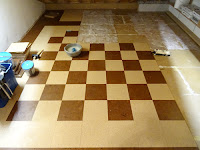 After a couple of months stranded on Prospero’s island I have returned to Naples (well, Clapham) and completed work on our last room: the loft. This is strictly a ‘non-habitable’ room, as it doesn’t have a window, but that’s not deterred us from designing it to be as flexible and multifunctional as possible. As well as fulfilling its traditional function as a storage space, the loft will also be a spare room, a gym (perhaps) and, for those inclined, a room-sized chess board. 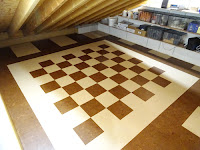 I finished the floor with cork tiles so the opportunity to create a pattern could not be resisted. The tiles I bought were supposed to be 300x300mm but in reality they were slightly bigger than this and the dark tiles were slightly bigger than the light tiles – the kind of problem that might drive others to distraction but which I now pretty much expect. Building is like that: every task presents its peculiar problems to be resolved somehow or other.


I ironed out the irregularities as best I could and stuck them all down. So now our guests can engage in a little high-brow competition before retiring, if they’re not raiding the fancy dress trunk. Unfortunately we are short of some pieces. Currently we only have a black queen (the Gayer-Anderson cat), a black rook (Ganesha) and a black pawn (an Oscar). Happily, however, we are rather fond of peculiar long-term hobbies. 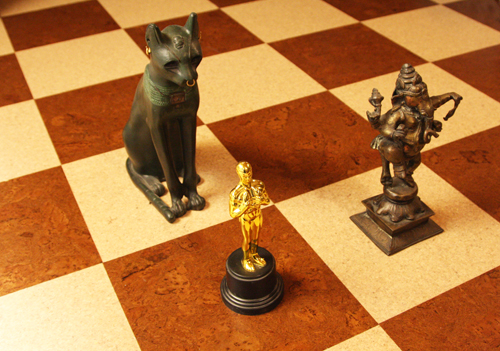 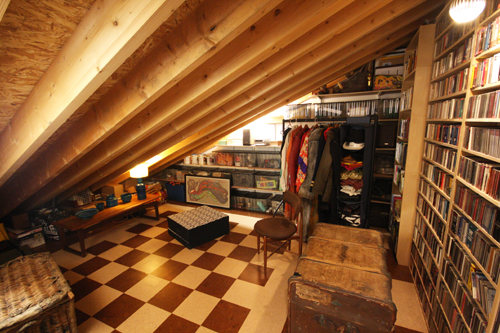