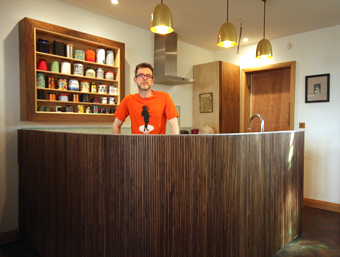 The kitchen is finished

The kitchen deserves to be blog 100. I started making it before we even had planning permission, nearly three years ago. I began with the shelves that are now filled up with a colourful variety of opaque, air-tight and beautiful jars (that was the spec - thank you to everyone who contributed, especially Sophie!). I then moved on to the cabinets, which I made from plywood and finished with walnut and sycamore veneers. We started installing at the end of last year when the floors were down but it's taken some time to get everything in place and properly finished. The finned walnut detail on the outside face of the curving galley jetty was a real labour of love: every vertical fin was screwed on by hand using minute brass screws (it was inspired by detail in the Royal Festival Hall). There was also all the electrics and the lighting and the plumbing and the tiling and - well, it's been like making the entire house in miniature.

So now we have the perfect environment in which to transform all the fruit that we hope to grow in our garden and greenhouse, and all the vegetables from our allotment, into a lifetime's dinners. Ford has already started working his way through Ottolenghi's Plenty. So, after three years of training, designing, making, building and finishing, I'm officially a happy bunny this Easter.

Here are some pics, 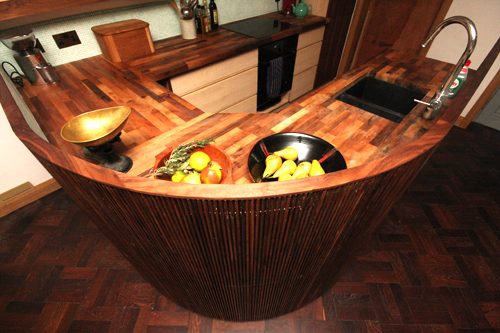 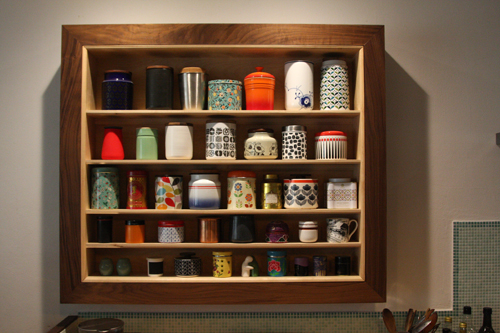 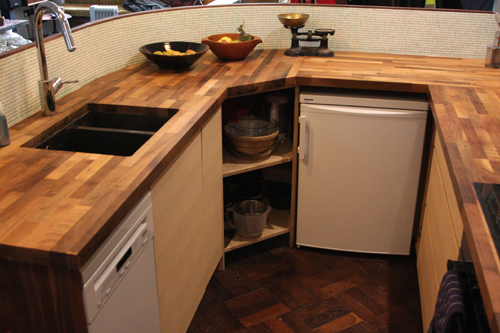 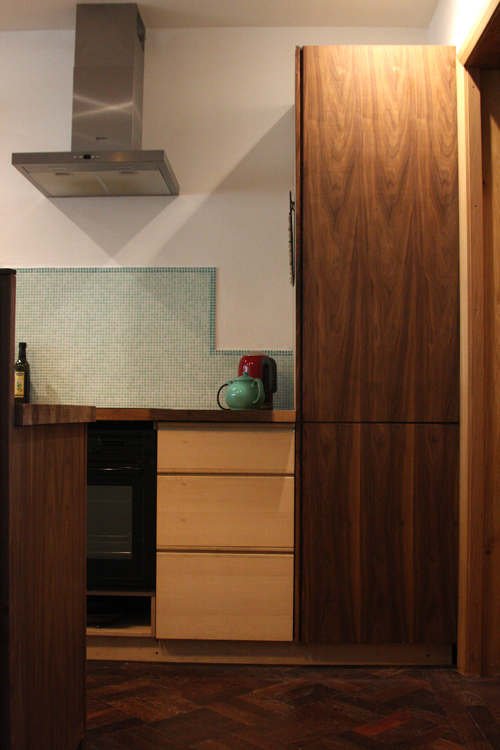 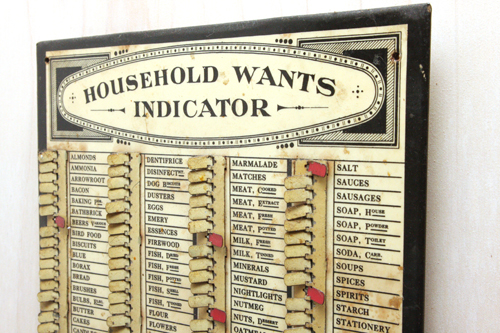 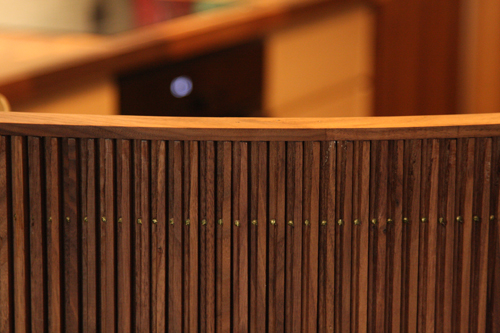 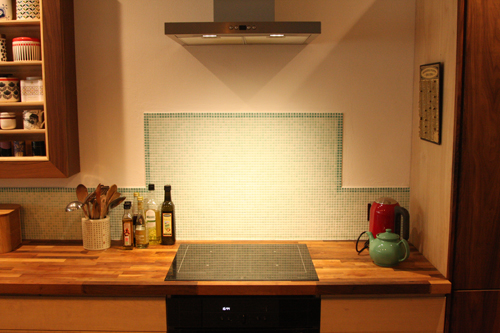