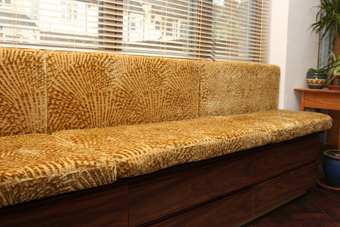 Our window seat is complete

If the rooms are large, the house may be small: a single room, lofty, spacious, and lightsome, is more palatial than a castleful of cabinets and cupboards. The reception room should be, if possible, a place of many recesses, but it must have one long wall with a divan: for a day spent upon a divan, among a world of cushions, is as full of diversion as travel.

How true, Robert, how true! We have followed his excellent advice and foregone a castleful of cabinets in favour of a single, lofty, lightsome space, distributed over two floors. And with the completion of our wide window seat at the rear of this space, we now have a recess in which we can retire to a world of cushions.

Window seats are a common feature of Arts and Crafts houses. More often than not such houses were built in the country rather than the city, so the window seat was typically designed as a place of perfect repose between the comfort of the interior and the beauty of the landscape. This is certainly true of the window seat in the white drawing room at Blackwell in Cumbria: a small recess in a delightful room which opens to a broad view of Windermere. 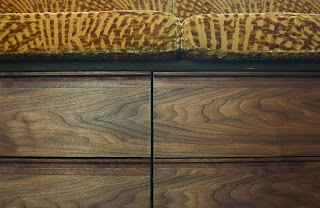 The Orchard is some way from sublime English lakes of any kind but the windows above our window seat will eventually open on to a raised pond, so we will be able to feed the fish from the comfort of our cut velvet. Although the pond has yet to be built, the seat is now complete thanks to the sterling work of upholsterers Karen Wood and partner Kathy of the Chair Sanctuary in southeast London. 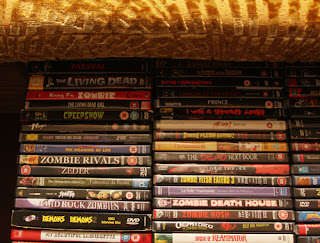 I built the base of the window seat almost two years ago: six drawers, finished in walnut veneer with solid walnut handles, designed to accommodate Ford’s extensive zombie movie DVD collection. When the timber frame went up, a recess in the back wall was designed-in so that the seat would sit within the wall rather than just stick out into the room. Then, many months later, when the floors were finished, I was able to install the cabinets and Karen and Kathy could finally drop by to measure up for the cushions.

Upholstery is serious craft. I toyed with the idea of doing yet another course but decided to leave it to the experts. You can see Karen’s progress in the photos below: setting out the pattern, marking out, cutting the fabric, sewing, cutting the foam and finally putting it all together. The key outcome, which she precisely achieved, was to ensure that the large format pattern repeated across the three sets of cushions. The pattern is Cymbeline by Zoffany: a broad intersecting fan, adapted from an archive document in the Mulhouse textile museum in France. The colours complement both the walnut drawers and panga-panga floor below and the golden-yellow of the bamboo blinds above.

A window seat is special not only because of its inside-outside quality but also because it offers a different kind of sitting experience to the sofa and armchair. It’s really rather nice to have a comfortable place to perch for a while. It’s not a place to spend a day – we've failed you, Robert – but it’s a great place to feed the fish, read a paper or have a cup of tea. 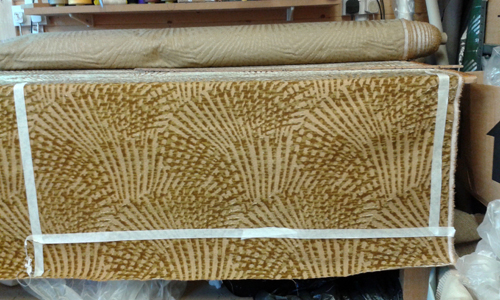 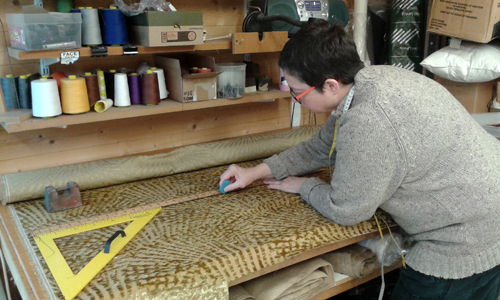 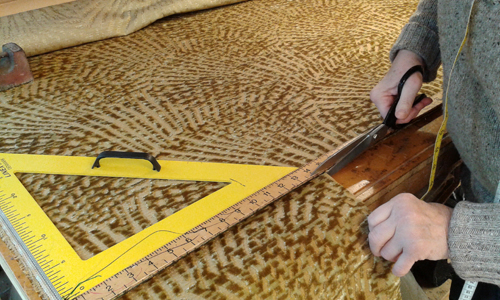 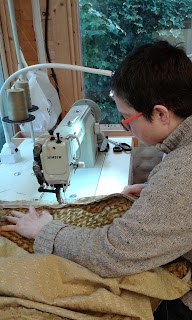 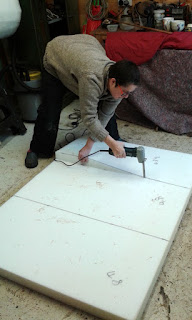 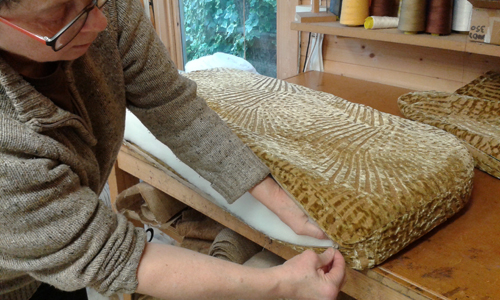 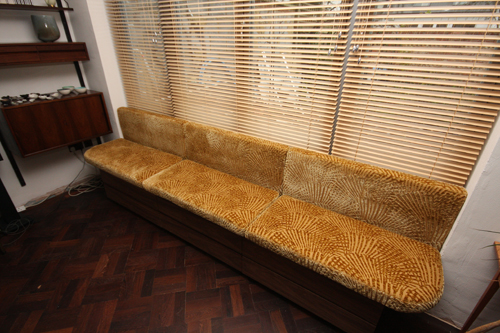