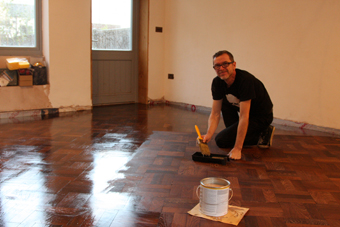 The floors are done and dusted 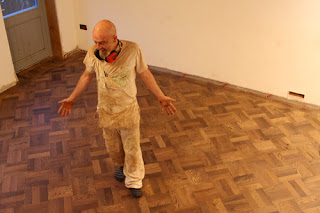 After laying the final block of reclaimed parquet last Monday, we spent three noisy days sanding off decades of grime and old varnish  to reveal the hidden beauty of our five woods: panga panga, lebombo, jarra, partridge wood and beech. Many thanks to Pete and Tom for seeing it through and doing a great job. Then on Friday and Saturday, Ford and I applied two coats of Osmo Polyx hardwax oil to bring out the colours of the woods and provide a robust long-term finish.

It's been a long journey since I first bought these floors from recommended dealer Parquet-Parquet back in January 2014. For the floors themselves, however, this is merely the beginning of their third life. They grew in four continents - panga panga and lebombo in Africa, partridge wood in central America, jarra in Australia and beech in Europe - and each has had a long life since then in a variety of buildings across England. Oh office workers of Hull, students of Sedgefield and children of Wantage! What sweat and tears have you spilled upon our floors? What stories have been absorbed into the wondrous grain of these simple but beautiful blocks? The decision to use reclaimed parquet throughout the house did, as expected, demand a lot of extra effort but all those days cleaning and gluing are already receding into a hazy memory as we enjoy the immense character that these old woods have brought to the project.

So here they are. First, the main ground floor living space, finished in dark chocolate-brown panga panga in a basket-weave pattern. 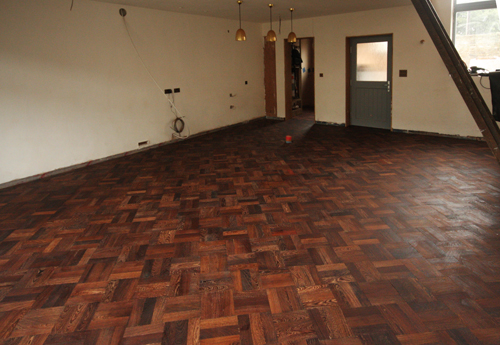 Second, the library-landing, viewed from the gallery above, finished in lebombo with a beech border. The pattern is Dance of the Bees. 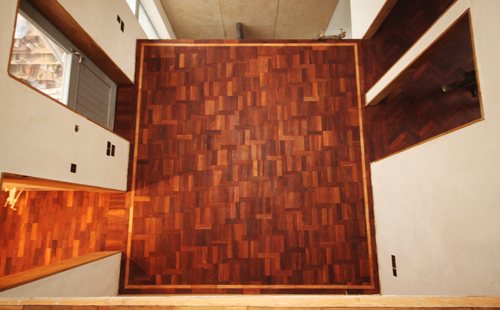 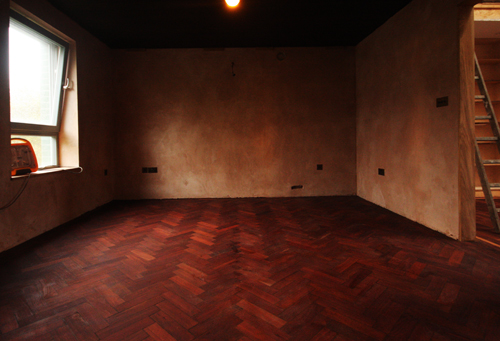 Last, and least as far as area is concerned, is the gallery that overlooks the library floor. Here the woods are again lebombo and beech. We also used a ladder pattern here but, given its location, we have conceptually turned it ninety degrees and called it bookcase. 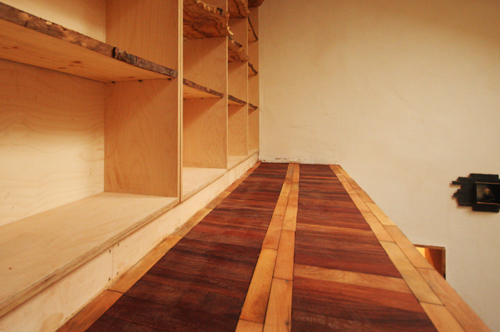 We're giving the second coat of Osmo a couple of days to dry. Which means I am forced to stay away from site and have a rest. Which is good because I definitely need it.