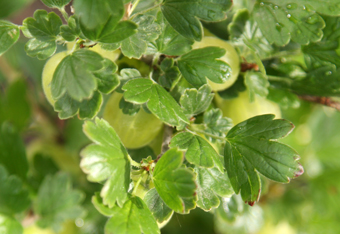 The garden and the greenhouse are both looking good.

The back garden is flourishing, I'm happy to say. The yoga lawn is lush; we are already harvesting strawberries, blackcurrants and rhubarb; and the warm weather is plumping up the gooseberries, raspberries,plums, gages, damsons, blackberries, apples and cherries. 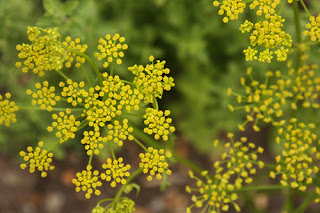 The photo above of one of our gooseberry bushes shows off the fractal quality of the leaves: the triple-lobed form of the entire leaf  repeated in the pattern of each lobe. In nature, such fractal patterns can go on and on. The British coastline, for example, remains just as crinkly regardless of the scale of the map you choose to view it at. However the most satisfying fractals are umbellifers, such as this parsnip flower, currently turning into a seedhead in our established vegetable garden (aka the allotment). Every stem terminates in a spray of flowers, each of which is made up of miniature sprays which are in turn composed of tiny rosettes.

The design of the greenhouse is also fractal, which may be party why its emerging form is so pleasing. You can see in the photo below that the big oak rectangle that frames the east elevation is repeated in the form of the individual windows, and then again in the lead glazing bars of each window. The scaffold poles beyond the window rather spoil the show at the moment but they will be gone soon enough. It's going to be a lovely space in which to pursue horticultural mysteries of all kinds. 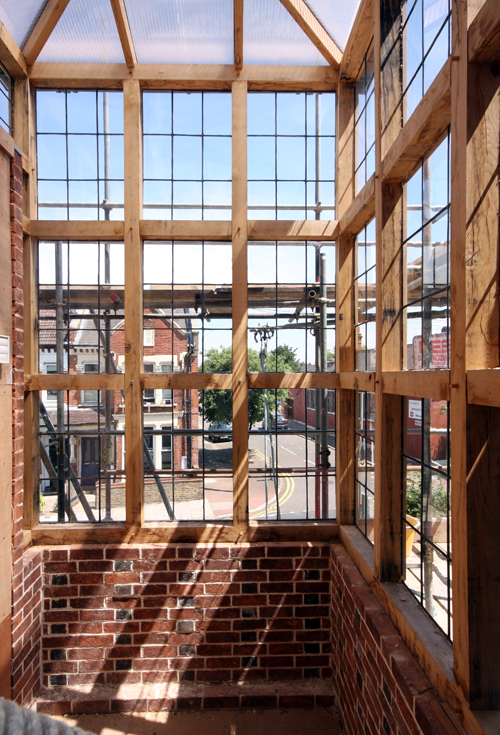