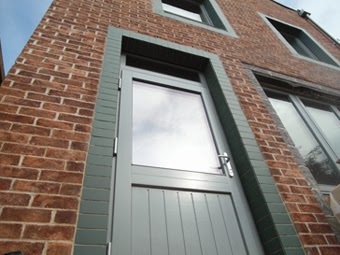 I've been tiling the back door.

On a building site, there are never too many cooks to spoil the broth. The pot is big and the vegetables are many, so the more people you can get on the job, the sooner the broth will be ready for consumption.

Unfortunately we don't have the resources to employ lots of cooks. This week, it's just been me, pottering about, picking up a carrot here and an onion there, contemplating their possibilities and then putting them down again. Or so it seems - progress is always crushingly slow when you're on your own. 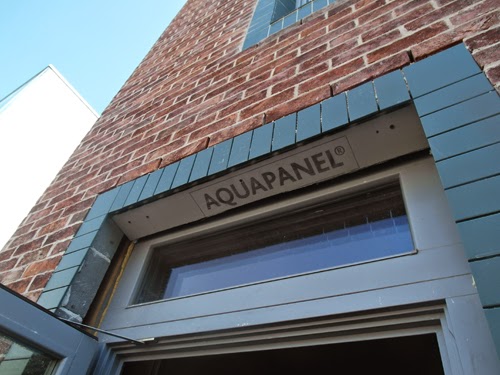 Nonetheless I have completed a surprisingly complex and time-consuming job this week: tiling the back door. This is not a common activity. The tile detail around all our windows and doors has proved to be a real challenge but I don't regret it for a moment. A door is threshold and a threshold is a point of transition between quite different states of mind, body and soul. So it feels right to acknowledge this with a colourful (Portuguese blue-green) architectural flourish. 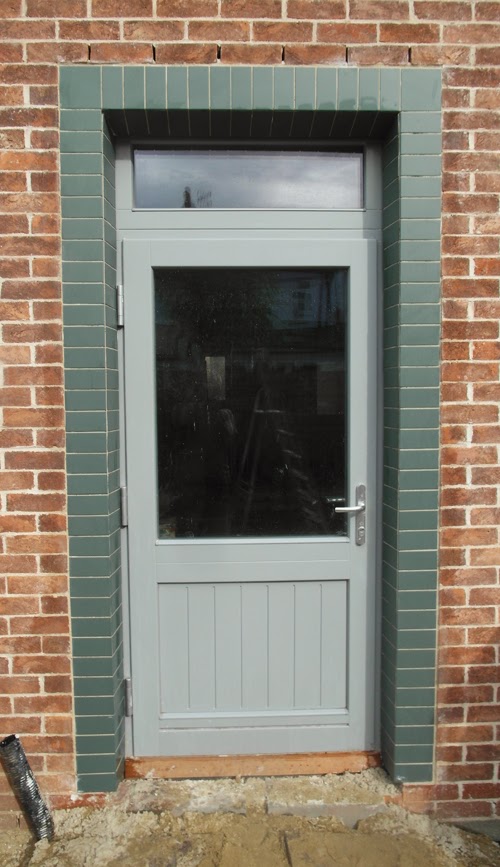 You can see that as well as tiling around the face of the entrance, I've also tiled the reveals, which involved some precision work with Aquapanel cement board first. The tiling itself has to be spot on in order that everything meets up exactly right at the corners, and then there's the grouting, for which I've been using the same lime mortar as for the brickwork (from Mike Wye & Associates). Finally, there's lots of cleaning to do including a final polish with vinegar to remove the last traces of lime from the surface of the tiles.

By now I really ought to be tiling the inside of the house but the sun is shining and there are still lots of jobs to do on the outside, and I'm feeling a little daunted by the sheer number of vegetables that need to be peeled inside the building.

Next week, I will have some help as Adam and Love from Touchwood Homes will be back to erect the conservatory at the front of the house. The timber arrived today: a stack of fragrant green oak, all precut and ready to go. It's a small stack compared to the frame delivery back in blog #31 but this timber will not disappear behind final finishes. It will weather and warp and crack over the years, in full view of all the citizens of SW2: an Elizabethan cherry on a high-performance engineered timber cake. Bring on the pastry chefs. 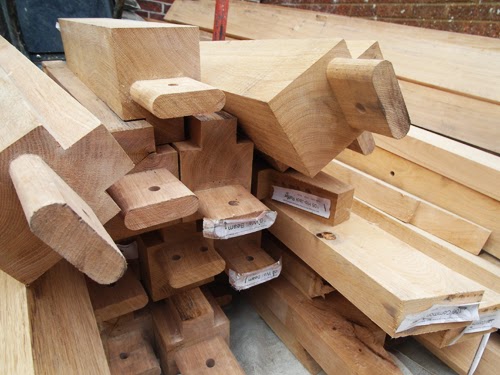