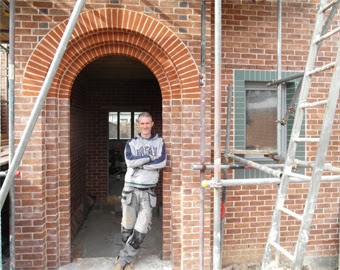 Our porch and conservatory emerge from the brickwork

This week I pointed the three interlocking arches at the front of the house. I used a pointing gun to squirt the lime mortar into the gaps between the cut bricks but, as this wasn't very accurate, I had to spend a lot of time cleaning the mortar off the bricks and, later, dealing with the dried, smeared remnants with a cloth soaked in vinegar. I should have got some chips in as we all started craving them.

This was the last brickwork task of the project as the brickies completed the brickwork above the arches a few weeks ago. They did a good job: note the tricky cuts and the carefully sustained Flemish garden bond. All-in-all, the result is pretty cool, I reckon. 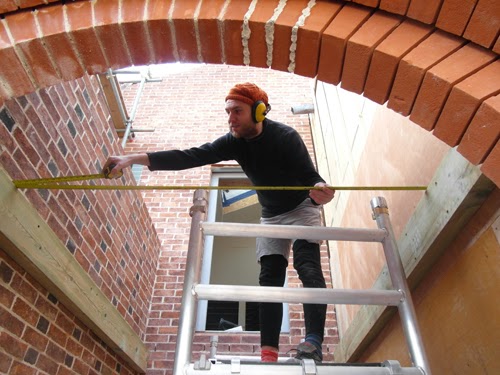 Glen and Love from Touchwood Homes were also back this week. After finishing the internal plasterboard tacking, they did some proper building: constructing the ceiling to our entrance porch, which is also the floor to the conservatory above it. 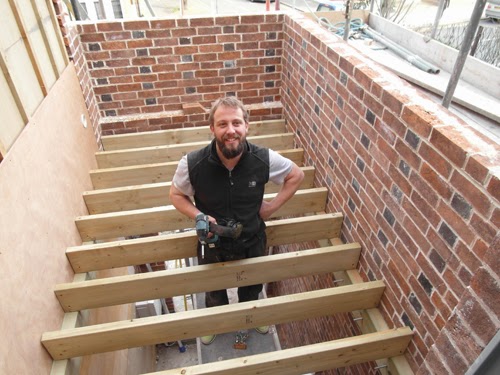 This involved attaching two ledgers (long horizontal wooden beams) to either side of the porch, installing chunky joists above them, and finally laying the floorboards. The effect was immediate: the two rooms suddenly appeared. For the first time, I was able to open the door on the first floor and step out into the conservatory, though for now it is only balcony, the brickwork finishing at counter height awaiting the oak frame that will rest upon it. 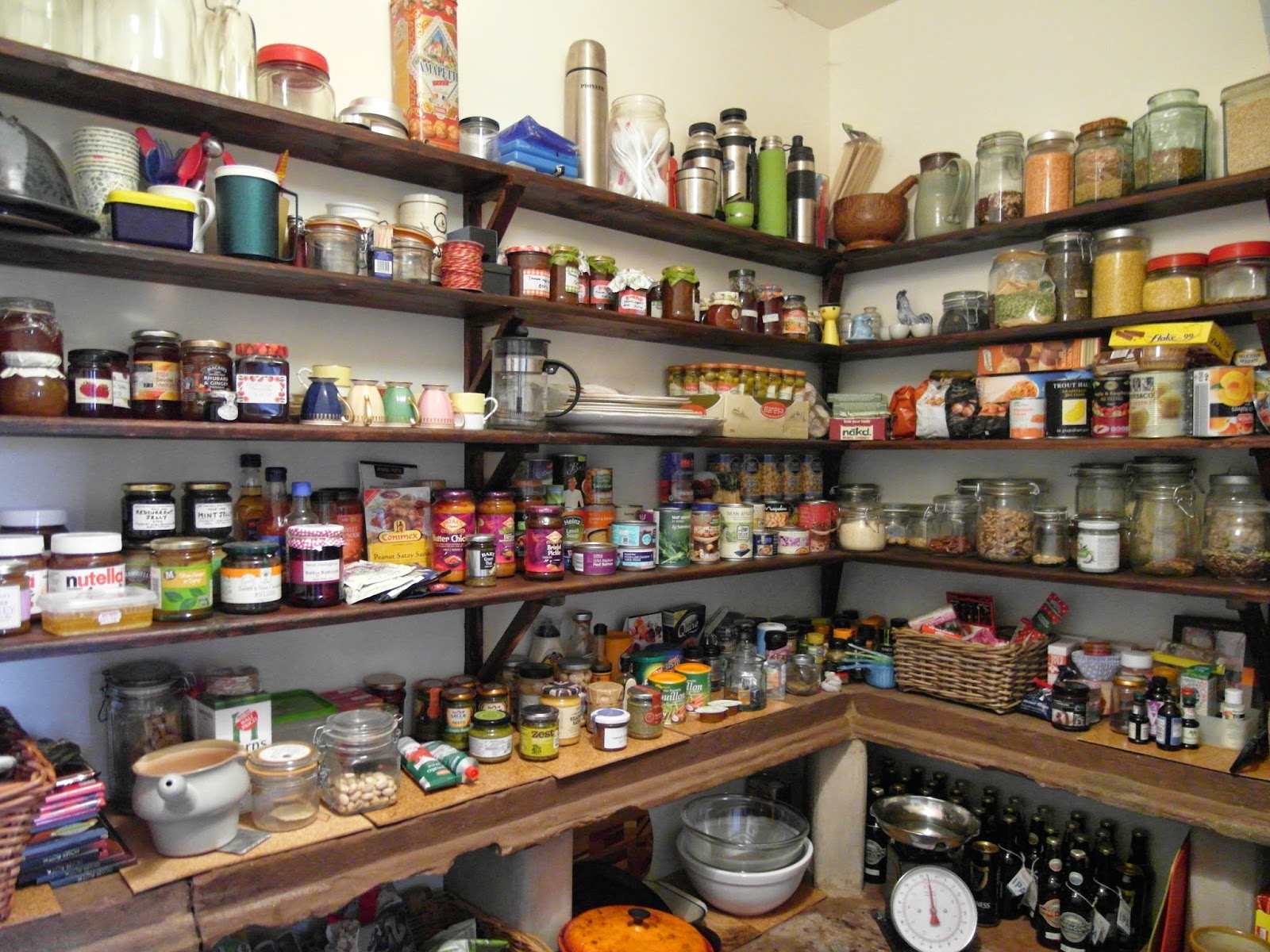 Downstairs, the shape of the dark, cool porch is now clear. This space will be much more than a place for storing coats and shoes. It will be a larder, in time heaving with the produce from the many growing spaces of The Orchard, including the bright, warm space immediately above it. There will be fresh produce - including apple varieties from the front garden that ripen over winter, enabling a 12-month fresh fruit  supply - and hopefully lots of jams and pickles created in our solar-powered kitchen. In time, we hope the space will look rather like the traditional larder in the beautiful Cumbrian home of our friends Richard and Emma, which includes a stone lower shelf to keep everything cool.

As for the conservatory, well for now I am just enjoying the view up and down the street and the warm sunshine, as this is the only room of the house with the benefit of a south-facing window (yet to be installed of course). The house faces east, so the conservatory will warm up in the morning sun and continue to enjoy the sun for much of the day. I think it's going to be a special place. 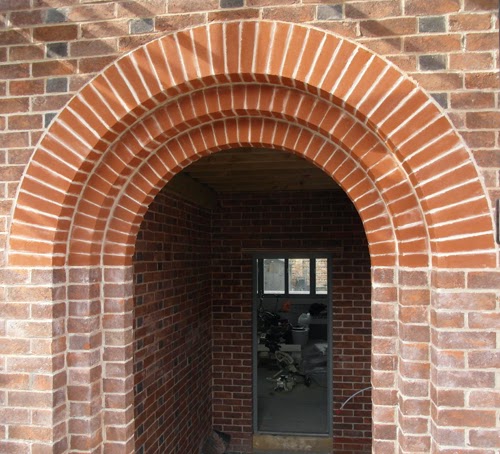