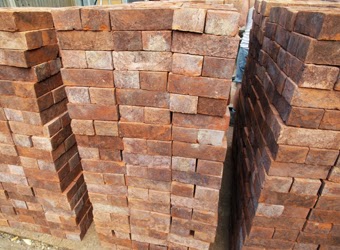 Our bricks arrive on site


Can a pile of bricks be a work of art? Obviously that’s not an original question. In fact, it was one of the most pressing questions in the art world in the 1970s thanks to the Tate’s decision to buy and display Carl Andre’s Equivalent VIII. 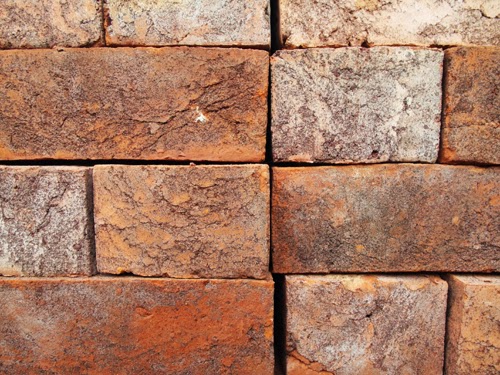 I have no doubt that the answer is ‘yes’ but I’m not really taken with Andre’s minimalist shtick. I’m not interested in clean lines and pure form but in colour, variety, texture and pattern. Which is why I took delivery today of several thousand hand-made bricks from the Northcot brick works in Gloucestershire. They really are stunning: the firing has given each lump of clay an ancient geology; their colour is rich and changes with subtle changes in the ambient light; the hand moulding means that every brick has a slightly different shape to the one next to it; their textured surfaces ask to be touched. En masse, they create a patchwork of connections and variations that is endlessly diverting. They are just the thing for our Arts and Crafts house where less is definitely not more. More is more. 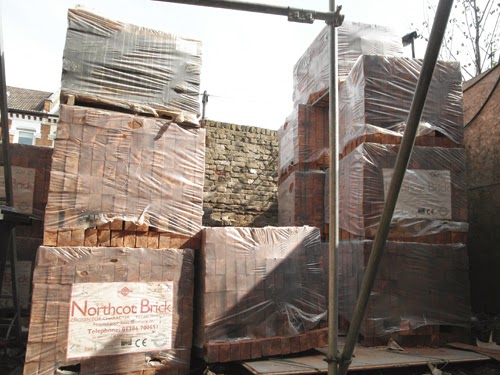 We don’t have much room at the front of our site but fortunately the articulated lorry was driven by a skillful crane operator who stacked the packs of bricks high. Even so, they encroached on the pavement and blocked our gate so cousin Tom and I spent the day shifting two thousand bricks from the front of the site to the back, where they will be needed by the brickies for the rear elevation of the house. At first the task seemed like an interminable game of Jenga played by Sysiphus but soon enough the piles of bricks rose again and we both improved our bicep and back definition in the process.

So now our back garden is a little pop-up art gallery where the colour, texture and decorative richness of The Orchard can be seen for the first time. It's the beginning of a new part of the journey. 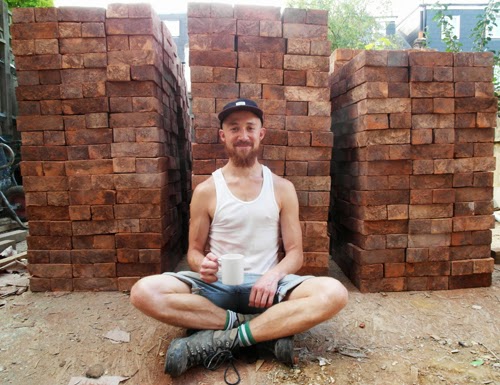