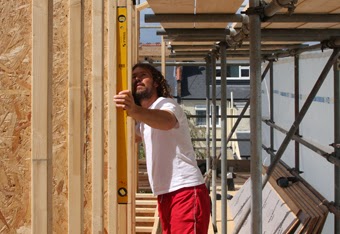 
Gertrude Jekyll, creator of the romantic Edwardian garden, did the world of architecture a major favour by giving Edwin Lutyens an early break. In ‘Home and Garden’ she rapsodises about the experience of working with the young Lutyens and of building Munstead Wood, the house he designed with her to realise their shared Arts and Crafts ideals:

The building of the house was done in the happiest way possible, a perfect understanding between the architect, the builder and the proprietor. Such a concourse of salutary conditions is, I fear, rare in house-building…but where all three are reasonable and honest folk, at one in their desire of doing a piece of good work, the whole thing, instead of being a cause of waste and worry and anxiety during its making, is like an interesting game of serious and absorbing interest, every move having some distinct bearing on the one to follow; every operation performed in its due sequence to the gradual build up the completed structure.

I’m happy to say that, despite some early exhaustion at the sheer physical demands of building, I currently share Gertrude’s enthusiasm. The Wilkinsons of Touchwood Homes and their colleagues have been a joy to work with and our architect, Peter Smithdale, is consistently attentive, thoughtful and supportive. Hopefully they have also found me to be a ‘reasonable and honest’. I certainly think we all share a desire to do ‘a good piece of work’. 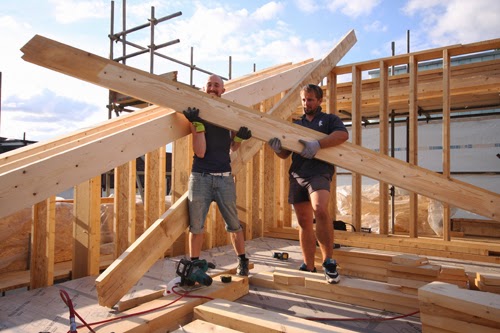 I particularly like her simile of construction being ‘an interesting game of serious and absorbing
interest’. There are times when this game can get a bit stressful but such times can be avoided with a good dose of patience and flexibility on everyone’s part. Construction is all about planning and problem-solving: the planning is essential but the problems will still arise so it’s important to expect them in the knowledge that they will be overcome. Every day, progress is made. 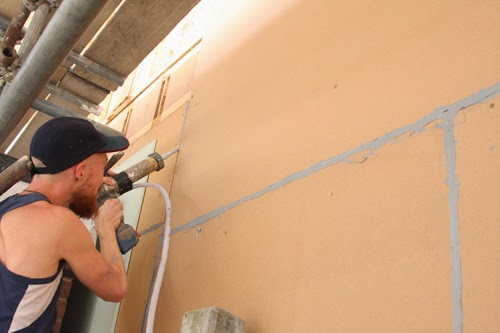 This week has been busy. The chunky rafters of our big monopitch roof are now in place, ready to be boarded out, and the sheathing of our long north wall is almost complete. The sheathing is done with special tongue and groove boards with a sticky blue gunk piped into the joins. This is something of a speciality of Touchwood Homes, who have developed this approach as a means of creating incredibly airtight buildings. Cousin Tom and I learnt to wield the gunk gun and were rewarded with variously ruined clothes, which I’m assuming is an indicator of the effectiveness of the gunk.

By the end of next week, the timber frame should be complete and we can begin further ‘operations’: rendering and roofing, brickwork and windows. I’m hoping my enthusiasm will be sustained as all these new players enter the game.