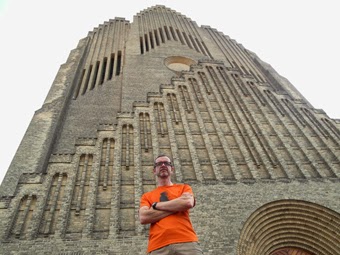 A wedding in Copenhagen is a chance to check out the local brickwork.


Congratulations to Lucie and Asser, our lovely friends who have just got married in the delightful botanic gardens of Copenhagen. A great wedding in a beautiful city under an uncharacteristically warm sun. 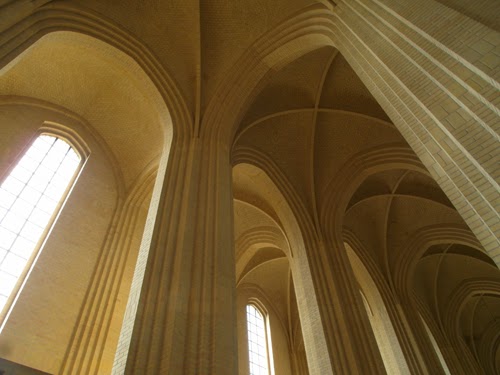 Our visit was brief but it gave us a chance to visit a building that Rory Olcayto of the AJ has described as 'probably the best brick building in the world': Grundtvig's church. As I have
just paid for several thousand handmade bricks from Northcot Brick in Gloucestershire, due on site next month, I was keen to see what could be done with several million bricks in the hands of Danish craftsmen. 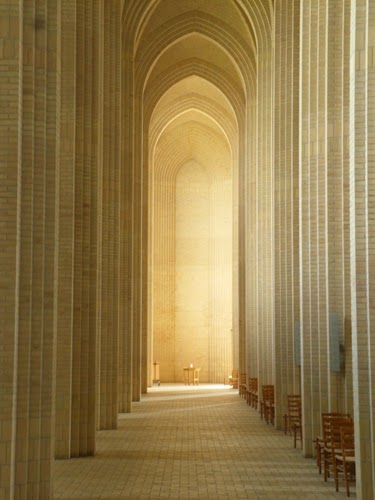 The church is as big as a cathedral with an unadorned gothic interior, softened by the unusual lines of the bricks which form the pillars and vaults that would normally be constructed from stone. It was built in the 1920s but the experience of the interior is reminiscent of churches from the 1320s: luminous, soaring, pointed.

The front elevation of the church is something else again: an extraordinary brick expressionist fantasy that looks a bit like a gigantic church organ. Its sky-reaching pinnacles are clearly a celebration of brick as well as a celebration of God. Brick may not be as versatile as stone, which can be transformed into any number of angels and demons, but it offers more disciplined decorative possibilities which can be just as awe-inspiring (if you have the necessary northern European protestant sensibility of course). 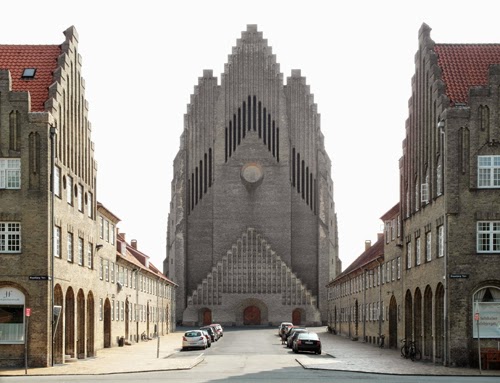