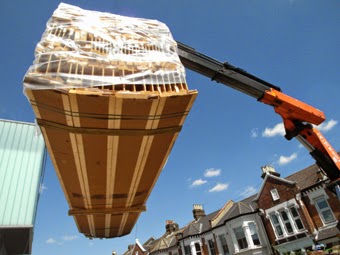 Our house arrives on the back of a lorry.

It's been a big day, in every sense. I began the day clearing the site with cousin Tom to make as much space available for the mountain of timber expected later in the day. At 11am Reuben and Pat Wilkinson arrived to oversee the delivery. They run Touchwood Homes, a timber frame company based in Hertfordshire that has established a keen reputation for building high quality, exceptionally airtight, timber frame houses. An hour later, a big green lorry arrived boasting a huge crane and hundreds of pieces of engineered timber packed in several gigantic polythene packages. 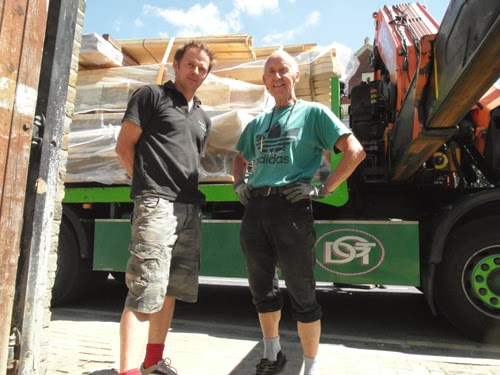 It was a little hairy getting the timber onto our small site but Gerry the lorry-and-crane driver gingerly manoeuvered the huge loads over our neighbour's garage and onto the slab. Reuben, Pat, Tom and I then worked as a chain gang to shift most of it to the back of the site while the next load was prepared. 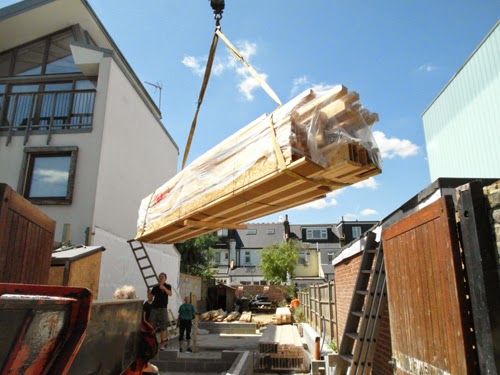 Happily, the sun shone and may shine even more brightly later in the week. Another member of the Wilkinson family, Adam, will be overseeing the erection of the frame starting on Wednesday. Every piece of the frame, from the 12 metre long sole plate for the north wall to assorted little pieces of plywood, has been cut to size, marked up and labelled in the factory. As we have just done a good job of jumbling all these pieces up as we moved them to the back of the site, it's fair to say that right now The Orchard is the mother of all jigsaw puzzles. 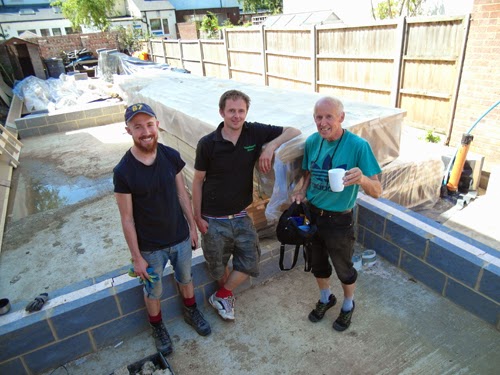