30. The world beyond the millimetre 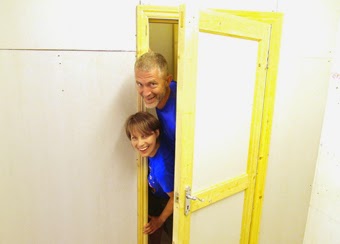 As we await our timber frame, I'm preparing for the woodwork that will follow it.

I began my personal odyssey into woodwork 16 months ago, in the middle of the harsh 2013/14 winter, with a one week introductory course in fine furniture making at the workshop of David Savage in Devon. David is a highly respected bespoke maker, famous for his ambitious, curvaceous designs. He is a stickler for accuracy and I spent a lot of time in that first week making simple things just right, chiseling to one tenth of a millimetre.

Since then I have been spending quite a bit of time at the Furniture Craft School in Kent, building my kitchen among other things. Here I learnt to cut a mean dovetail but my focus on kitchen cabinets rather than stand-alone pieces of perfectly-formed furniture has allowed me to slacken off the concentration of my gaze a little, attending to mere half millimetres.

Over the last two weekends I have continued my journey, this time exploring the world that lies beyond the millimetre. I've just completed a course in site carpentry at the Builder Training Centre in Croydon where our seriously enthusiastic tutor, Martin Kentin, took us from simple halving joints through making a door, making a stud wall, hanging the door and completing the architraves and skirting boards, all in four days. As a result I now have the confidence to undertake the internal carpentry in The Orchard once the timber frame is up. 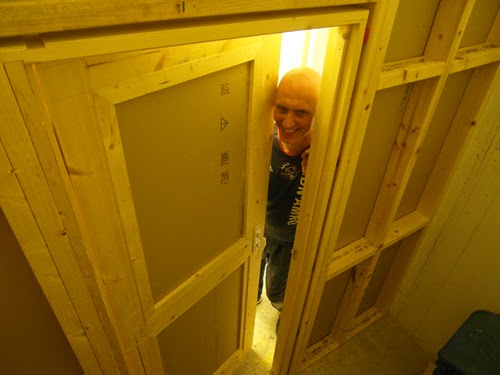 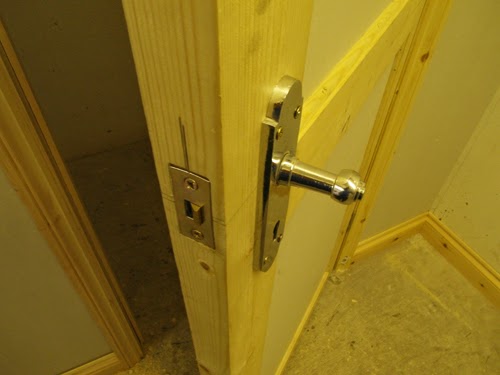 I confess that I went into this course thinking that carpentry was a bit like cabinet-making but on a bigger, rougher, scale. To some extent this is true: we used pencils for all our marking in Croydon whereas I would normally use a marking gauge with a fine point or a scalpel in the workshop. But then I found myself saying things like; "It'll do", "It's good enough" and "I wouldn't worry about it" to the dismay of perfectionist Katherine, whom I was teamed up with. She was right to pull me up: the fact that carpentry does not involve the same level of accuracy as cabinet making does not mean that you can get away with a lower level of care. It's still easy to screw up and make a mess of things if you don't concentrate and think hard about everything that you are doing.

Although carpentry rarely requires that you measure or cut to a tolerance of less than a millimetre, you still have to make fine judgments if you want things to look right. For example, the procedure for fitting the frame to the door involves a series of decisions, made by eye rather than with a ruler, to ensure that the gap around the door is not too big, not too small and consistent all the way round. There is, however, more scope to make adjustments in carpentry, especially if all the tricky joints get covered up or painted over afterwards. That's the joy of hanging a door: you can use all sorts of little packing pieces to get everything spot on in the knowledge that they will all end up behind the architrave once the door is finished.

Bring on the timber frame: suitably chunky but laser cut in the factory, so no sacrifice in accuracy is needed. My sloppy days are over.