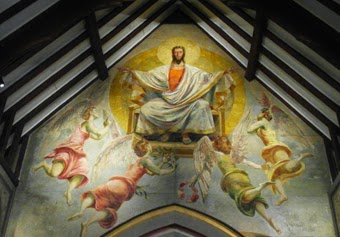 At last we are ready to start building. Time for a trip to the country.


Yes, all the ducks are at last in line, biting each other's tails and paddling vigorously. Ground works are due to begin in the next couple  of weeks. The most pesky duck proved to be the party wall awards but I won't dwell on that. Not now, anyway.

Today we sought to raise our sights to higher things, reinvigorating our Arts and Crafts vision by visiting Charleston House in Sussex, the farmhouse transformed by Vanessa Bell and Duncan Grant into a complete work of their very own sensual art.

Being carless, we took the train to Newhaven and then headed inland on our Bromptons. I knew there was a bit of a hill in the way but this turned out to be Firle Beacon, one of the highest points on the South Downs. The track rapidly turned into a line scored in the chalk through the high fields of yellow rape. Fortunately Charleston has an excellent tea shop. 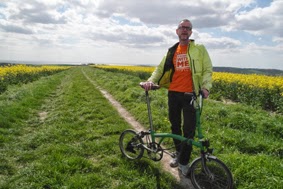 The house is like a Florentine palace scaled down to the reassuring level of English domesticity. Everything is painted: walls, fireplaces, doors, bedheads. And over the delicate looping patterns and broad blocks of limpid colour there is a picture gallery of artworks in every room by (or of) members of the Bloomsbury group and their extended network of friends. Fabrics and rugs are to the designs of Duncan and Vanessa. Most rooms look on to the garden, currently blooming purple, orange, yellow and blue, or to the downs beyond.

The house is inspiring not just because the result is so rich but also because there are so few examples of houses where artists or craftsmen have had the confidence to use the building as a canvas and pursue their ideas with such singular purpose. Morris and his friends pursued a similar goal at the Red House but much less of that interior survives. The Charleston Trust have done an amazing job of saving a house that was falling to bits when Duncan Grant died in 1978.

We won't be painting every surface of the Orchard, partly because neither of us can paint, and we don't move in painterly circles, but mostly because we are more interested in bringing our surfaces to life with the  colours, texture and patterns of natural materials rather than decorative paint. Although I have been thinking of finding an artist to decorate the double height wall behind our staircase, we have decided we would rather turn this wall into a rock face.

Nonetheless I will sleep on this experience and see what it turns into. After all, much of the decorative painting at Charleston is not highly skilled. Vanessa Bell had a particular fondness for circles which are already a feature of the Orchard's design. It takes time for these things to bubble up.

Charleston doesn't have a chapel. As you can't take photos inside the house, the photo above is from nearby Berwick church, painted by Vanessa, Duncan and Vanessa's son, Quentin. It is verging on the hilarious: English maidens transformed into ascending angels at the feet of a rather louche Christ, catching their skirts to avoid any embarrassment for the worshipers below. 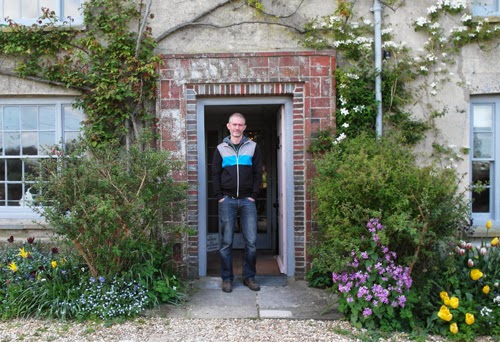